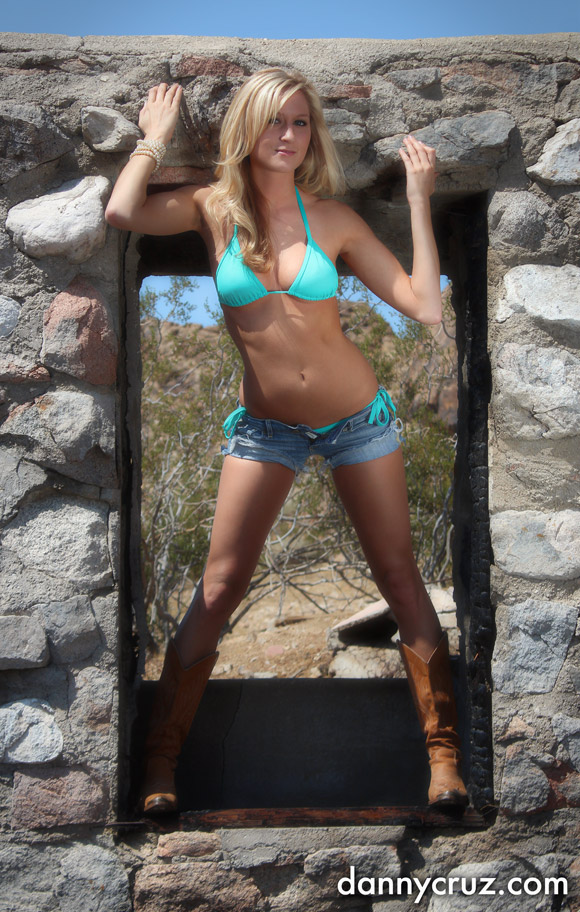 This project was a collaboration between model Jessica Coats-Saenz, photographer Kreston Clark and myself. The photos were taken out in the desert in Southern California in tricky mid-day lighting. My goal for the first photo was to smooth out the look as much as possible to help make the harsh lighting less obvious. Apart from that, I smoothed out the skin tones a bit and touched up the areas around the knees. Other details included fixing one of the swimsuit top straps that was twisted, straightening the shot, removing a piece of re-bar that was showing over the top right corner and adding a subtle vignette.

Looking at the original photo, it looks like the window frame Jessica had to climb up on was quite dirty! I had to clean some dirt of her hands as well. Haha.

In the second photo below, I experimented by smoothing out the photo with a dreamglow effect, however I then used an unsharp mask to sharpen it again. I wanted to completely clip her out of the shot in order to be able to use the image over marketing material I was working on for FloatWays.com – I experimented with a couple of logo locations. In the end, I ended up using various versions on the site itself as well as on the site’s Facebook and Twitter profiles. 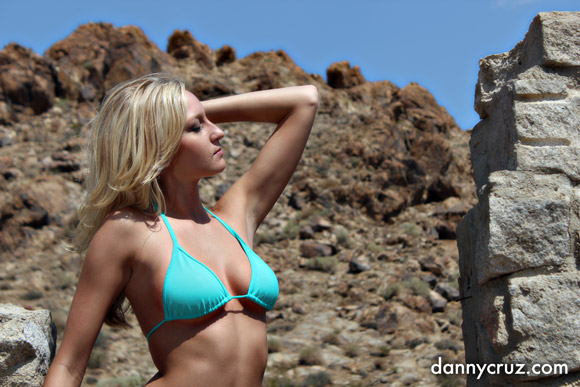