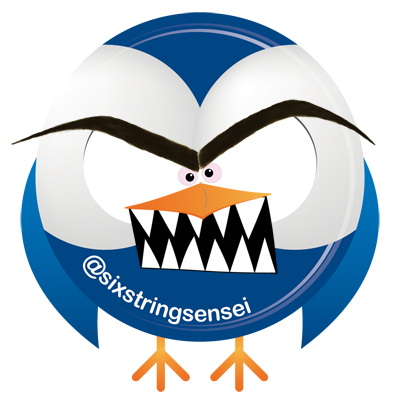 How to Get Twitter Followers Without Being Completely Obnoxious

Seriously, if I had a new Twitter follower for every time I run into somebody who asks “How can I get more followers on Twitter?” I’d have followers coming out of my ears. So, instead of taking the high road, I’m going to address this situation head-on. Yes, I’m tackling the question straight on. However the heck I want to, but still head-on! I mean, look at the title of this thing. It says it all.

Ok, first things first! Why the heck would you want more Twitter followers? Do you suffer from some kind of complex or low self esteem problem? Are you 15 years old? Do you think you’re still on Myspace? Does the number of Twitter followers you posses dictate the size of your… umm… apartment? I know I feel like I’m tiny if I don’t have a million followers. Really tiny. So what? No, but seriously, too many people do the follow-to-follow-back thing. You know what? I pretty much stopped doing that. I’m not Ashton Kutcher. I’m not married to Jessica Alba. My wife’s hotter. Yeah, Jessica Alba is hot. But my wife is blonder. Same skin color, but blonder. Is that really a word? So, since I’m not a celebrity I’m not going to expect a crapload of followers, nor am I going to stress about how I’m going to get more. I just do my thing, day in and day out.

Having said that… If I’m not trying to be a celebrity wannabe (like you) why would I want more followers? Well, A good reason would be… to expand my design business. Ok, ok. Fair enough. That’s a genuine excuse. But otherwise, I love some of my Twitter friends, I really do. But I simply don’t have the time to talk to more than 1,000 people in a week. Heck, 500 is even too much! But there are some Twitter buddies that I simply love to speak to on a daily basis. You know who you are. Yes you.

I realize I still need to answer the question that sprung this post. How to get more Twitter followers without being completely obnoxious? Well, the best thing I can recommend is: write good tweets! Yeah, that’s it! Write good tweets and good quantities of them. “Write good tweets and good twitterers will follow”(made that up too). That simple. Because if you go around trying to buy followers just too look badass, or you spend your time playing the follow-you-follow-me game, your newfound followers are going to suck. So… instead of wasting your time doing that, how about generating good content? You don’t have to suck. It’s not you that sucks. It’s your practices. I’m a nice guy. But I won’t give you a follow back simply because you follow me. Not anymore at least 😉 Think I’m talking crap? Haha. Go ahead, follow me on Twitter here and see how I DON’T follow you back.